Bill Harvey speaks at conferences and at one-day
customized seminars for a company’s top management. 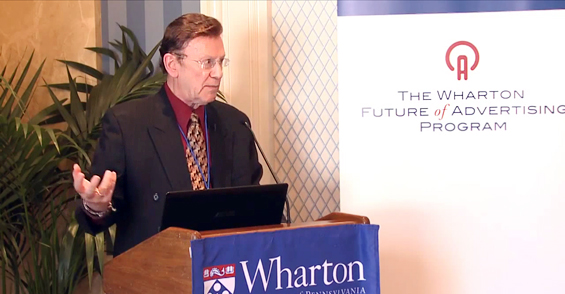 In both venues he is often asked to provide his vision of the future of some specific part of the media world. Bill is known to many as a media futurist.

Bill has been a keynote speaker at the AAAA, ANA, ARF, NAB, TVB, CAB, CTAM, ESOMAR World Future Society, West Point, Carlisle War College, and at many other venues. He has also conducted workshops for top officers of the U.S. Army and Navy, and in C-suites of major companies.

Bill has been described by his many audiences as inspiring, a “practical visionary”, amusing, well-informed, gracious, humble, and highly forthcoming.

For management groups, he leads interactive one-day seminars aimed at providing profoundly insightful perspectives on a company, its hidden opportunities, and more effective ways of solving its challenges.